How To Have A Bills-Free Month Every Year 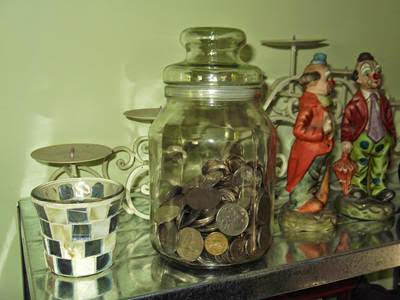 So, essentially what this household budgeting method does is; instead of dividing the year's bills by 52 to get an accurate weekly amount, it divides them by 48 instead, which gives four weeks less thus adding to the weekly figure slightly to create a totally achievable weekly scenario where you sneak ahead bit by bit every week in your bills

Here's how it works:

Other benefits of this method are:
.
This method might not entirely suit you for other reasons that are relevant only to you - but gee, it's worth a shot, if only in part.
Lean into this one folks, it just might be the 'thing' that shifts a paradigm for you - who knows?
The power of 48 hey!?  (taps side of nose)
Take care and stay nice
Phil
bills free Christmas bills free month financial peace frugality household budgeting method money worries No bills for a month stress free Christmas