How To Get Ahead At Work 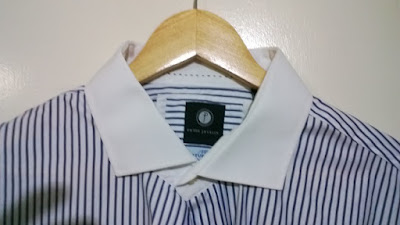 With Monday morning looming – often we get to thinking about work.

People at work often ask me about career advancement and those that know me well know that I have incrementally and quietly improved my employment situation over the years – so I feel qualified to comment on this topic.

My thoughts on sustainable and meaningful career progression can be easily captured in four points as follows:-

This is the most important point. I have never been fully qualified or experienced at the things I have offered to do, however I quickly became experienced in the doing thereof. I rarely had any competition because no one else wanted to do the things I was putting my hand up to do either because they thought it would hurt their career or they were too plain scared to give it a shot. Over time, this approach will give you deep experience and have you quietly noticed as a doer and a fixer and give you a huge network of people by default.

When putting your hand up to do things no one else wants to do, don’t be flashy or arrogant about it – simply state that you’d be keen to give it a shot. Be humble about it.

By being willing to respond (not react) to a crisis situation and take a quiet lead, then others immediately take courage and step in beside and behind you to assist – you become the unspoken leader in the situation. The more you do this, the better you get at it.

With brokenness comes opportunity – the opportunity to fix something, turn a profit, hold a difficult conversation, please a customer, change a culture or change a process. Success is never built from mediocrity or the hum-drum of Business-As-Usual or when things are going swimmingly, rather, success is built when change is badly needed and no one wants to be that change.

Too often I hear people pushing hard to get more value (a pay rise usually) instead of adding more value. Consciously adding more value and challenging yourself to add more value is the key here.  If you add 20% more value, then don’t expect 20% more income – there is nothing in that transaction that benefits the company (it’s the real world here folks).

Adding value is best done in small consistent increments rather than looking for a flash of massive operational change to try and add value. Adding tiny efficiencies to the business and the way you personally work on a daily basis will produce a cumulatively huge impact year on year. You and your business will grow sustainably. Incremental sustainable improvement beats the pants of shooting star efforts.

To be blunt – move away from the I-want-raise or I-deserve-a raise mentality. It’s the fasted way to go backwards in business.

Commonly people try to sell themselves or constantly talk about their achievements and capability – we are even told to actively sell ourselves to get ahead. Well, that has never worked for me and I’ve seen that backfire horribly so many times with colleagues. In my experience, it’s a fallacy – don’t do it.

Instead, commit to quietly getting things done (action), quietly commit to making your boss, your staff and your colleagues successful, quietly put your hand up to assist with no talk of more money, ask lots of questions (both to learn and to create awareness in others), listen to learn, make fun of your own shortcomings, actively bring the best out in others, if you do not know – say so – don’t BS, take a genuine broad interest in your business (not just your department), be self-aware, never seek affirmation (a common weakness), continually ask “tell me more about that”, resist being competitive (it’s fool’s gold) and quietly build up to becoming the go-to-person.

Being self-effacing allows your business, boss and colleagues to willingly and genuinely grow your career in a real, sustainable and meaningful way without them feeling threatened. You can then look yourself in the mirror knowing that you have been invited and encouraged to better positions and have the full support of all around you, rather than having pushed, sold and forced your way to the top and be secretly loathed for it.

I have never asked for a pay rise (they have always been offered), nor have I ever chased top positions, instead I have simply applied the above four principles and new opportunities have repeatedly shuffled into position.

But there is one piece of unique advice I have learned across the years ….

I have learned that true lasting opportunity initially looks messy, broken, ill-timed and confronting. That was a paradigm shift that took me a few years to realise. Once I understood this, then success followed repeatedly.

Anyway, I hope this has helped everyone in some way and created a new lens to view this topic through.