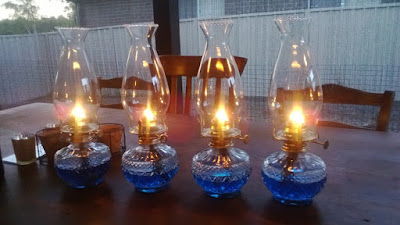 It is a sad day today.  Mrs HM's birth mother passed away this morning from aggressive cancer.  We spent the night around her bed and she slipped away quietly at 7:20 this morning.

I have mentioned her in other posts as our "aged relative" and we had recently moved house to be close to her after she broke her hip. Not long after we moved house, the diagnosis of inoperable aggressive cancer was given to her. She was a theater nurse all her life and knew exactly what the doctors were talking about. For us, the last seven weeks have just been an ever-shrinking round of hospital-work-sleep every single day .... hence not much activity here at Mr Home Maker.

This little old lady enriched all our lives in countless ways - I will always be utterly thankful that Mrs HM reached out and connected with her birth mother a few years ago.

I smile as I write this as she would often chat to me about frugality. She was the veritable queen of frugal and fully believed in saving in one corner to be able to spend on things that mattered to her.  She would often say things like "Well, I had to buy several of those because they were so cheap!" ... which would explain the lifetime stockpile of so many things in her cupboards.

Anyway, I'm off to face the unlovely tasks of arranging her funeral ("Mind you don't spend too much" I hear her say "Just keep it very simple OK!?"), organising final bills, cleaning and organising the house (huge job), attending to the countless necessary legal responsibilities ..... we won't be coming up for air just quite yet. 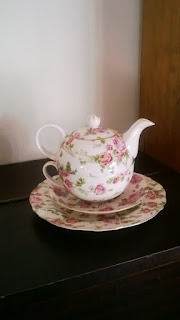 On a nicer note, we have now permanently taken over the care of her little dog Toby. He is a real affectionate sweetie and so very brave .... at least he is on this side of a fly-screen door.