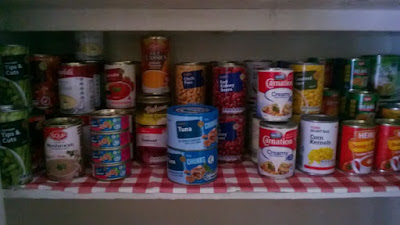 Simultaneously Frugal and Extravagant? What on earth is Mr HM on about?!  Well, what I'm 'on about' is another Jewish wealth principle.

It is not unusual to hear Jewish folk going off about the price of petrol, how much coffee is, how on earth they are going to afford this that or the other ..... whilst the Mercedes is quietly sitting in the driveway and the gardener is pruning the roses.  It sounds hypocritical and fake, however it is not. You see, Jewish folks understand that wealth has a purpose and that it is not an end in itself. Being generally frugal allows spending on other things that are important to them. Jewish folk will scrimp and save on a whole myriad of things whilst simultaneously funding some really big ticket items.

The Jewish family who invests several million dollars/pounds into a local hospital will probably be also drinking no-name tea and coffee, shopping at Aldi and snipping coupons. Our said Mercedes-driving Jewish neighbours will also be getting their shoes repaired, cooking all their meals from scratch, wearing the same outfits from season to season and still using fly swats (because Mortein costs money and fly swats are essentially free!!).

Quintessentially, Jewish folk spend money on what they value. Their values are well balanced across family, synagogue, community and country.  Their children will get a lavish education whilst sharing a bedroom with siblings. The synagogue will get a fat subscription every year whilst the family takes a packed lunch daily. Their local community will have this Jewish family as a known financial benefactor of many good causes, whilst also being known to bargain with the butcher over the price of Friday chicken. The same Jewish family and their brothers, aunts, uncles, parents, cousins....(there is never just one of them!).... will also have their names on those plaques you see on Universities, hospitals, schools, galleries and the like, as being major investors and/or patrons. You'll also see these exact same folk buying specials in bulk too.

Jewish folks spend up big on things that are important to them or things that represent quality. They will also purposely spend as little as possible on absolutely everything else. There is the lesson right there.