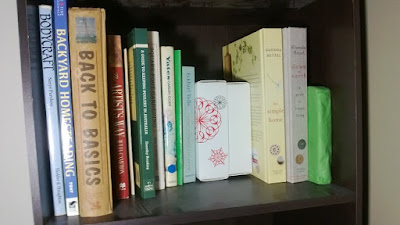 Paying down debt seems to be the focus of so many twee and cheery posts and pins on the interwebs.

The facts are that there is no easy way to pay down debt, no trick, no magic formula, no secret, no book, no hidden knowledge that will help the basics of paying down debt.  It just needs to be done.  True, there are revelations about how much the debt is actually costing us and how to minimize the impacts of interest and also various tips on how to stay motivated and focused.....but absolutely no magic wand.


The cold hard facts are that the entire principal, remaining interest and any contractual fees absolutely have to be paid.  If such-n-such 'real' couple on Pinterest claim to have paid down their debt of $300,000.00 in only two years, then they are absolutely paying down $5769.24 a fortnight - period. The math does not lie....but the stupid hype makes it all sound like debts just evaporate with the greatest of ease just by thinking about it. It doesn't.


Paying off debt takes courage, determination, plenty of sad days and many sacrifices.

If you know someone who has paid off all their consumer debt without assistance, then know of a surety that these folk have characters that run deep.


I have had a change in heart about the best method to pay off debt. Once-upon-a-time I used to be a big believer in the power of the debt snowball method (starting with the smallest debt first) which appeals to the emotional side of the brain. I used to argue strongly that because we often get into debt for emotional reasons then the best way to tackle it is to harness the opposite emotions via the debt snowball method. I no longer believe that. I have personally been very successful using the debt snowball method, however I wasted a lot of money choosing this method when I could have used the debt avalanche method (fully focusing on paying the debt that costed me the most each month first). The math speaks the truth of the matter.


I base this change of approach purely on the fact that once we start tackling our consumer debt, it quickly goes from being exciting to utter drudgery (albeit drudgery with a purpose)...in fact so quickly that the emotional benefits of the snowball method are speedily lost.  That being the case, the quickest way to attack consumer debt is to target the debt with the largest monthly interest/fees first to ensure that the hard slog of debt reduction does not drag on a day longer than necessary. Who wants to still be paying off debt months longer than necessary just because of a spurious long-forgotten notion regarding how we felt about it in the beginning?!


If any of you dear folk are currently using the snowball method, I encourage you to swap across to the avalanche method. You are putting in the hard yards already......so you may as well finish the race sooner using the exact same dollar commitment.

Changing one's mind for a more powerful outcome is always so satisfying.