Do It Now - Talk About It Later

Don't get me wrong, discussing, writing lists, pondering and imaging are all very powerful things - but only if something happens because of them.  I have found a funny thing in my life viz: the more I talk about an idea the less likely it is to happen.

It is as if me talking is my version of wanting-to-want-to-want-to-do-it (!).

Sometimes it is linked to be tired - it is easier just to talk than do.  Other times it is linked to fear or not fully understanding what to do - if we talk lots about it, then it will prolong the necessity to do it. Sometimes talking takes the form of delegation....but at my house it is a matter of "do it y'self buddy!" and thus delegation bites the dust pretty quickly.


So I have learned over the years that if I find myself talking about my plans too much to STOP. Clam up. Bite that tongue. Get off my rump. Go and do it.

I generally have to keep a keen eye on my talk/do ratio - I'm more self aware than I used to be...at least in that area.  I am looking forward to a heap more 'doing' starting in April - I really am feeling a rising sense of energy.


What have I done this week...let's see 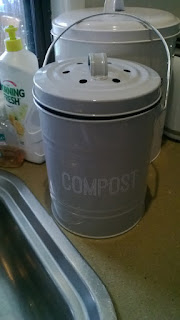 What will I be doing in April?  Not saying...that would be talking and not doing. Ha!


all talk and no action planning ahead procrastination